Dreams of My Ancestors (BOOK REVIEW) 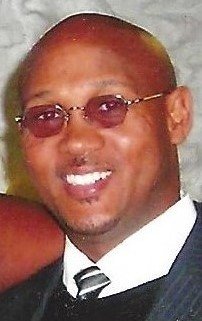 “Approximately 455,000 African men, women, girls and boys were the original ancestors of the estimated 40 million African-American people in the USA today. In this book, we take a look at who they were and what their lives were like before they came to the Americas.”
-- Excerpted from the Introduction (page 1)

Most African-Americans can, at best, trace their lineage back to the end of slavery. For, prior to Emancipation, blacks were merely considered property to be bred, bought and sold at the whim of their white owners.

Consequently, African-Americans know precious little about their ancestry, between the inability to construct their family trees and the omission of Black History from the average public school curriculum. In recent years, however, a couple of PBS-TV series hosted by Dr. Henry Louis Gates focusing on celebrities tracing their roots has ignited popular interest in undertaking similar searches.

Now, L.E. Chavous has written “Dreams of My Ancestors,” an engaging, educational tool ostensibly designed to pique the interest of impressionable, African-American young minds in their heritage. The author has structured his delightfully-illustrated opus in novel fashion, namely, as if it were a talk between a father and a son.

The dad starts by explaining how Africans came to first arrive at these shores and why so much of their connection to the motherland was lost over the intervening centuries. He goes on to employ a map to point out where on the continent those forefathers came from and to show how, with the help of DNA testing, it is now possible to identify one’s “long-lost cousins.”

The bulk of the text, however, is devoted to an informative lecture about African culture during which the son learns about food, jewelry, folktales, ethnic groups and elsewhat. The book also features a menu of native dishes, such as cassava, jollof rice, fufu and peppery stew, and even includes a glossary explaining the meaning of obscure terms like junkamoo (a festive celebration) and djembe (drum).

"100 Roses is a jewel and should be in every school in the Americas because the contributions of Black women are highly valuable especially historically. The Americas were built on their backs. The book should be translated into other languages because Black history is world history. At the beginning of the book, readers will find beautiful and inspiring words regarding the importance of Black women in the community. The book (dedicated to the author’s son) is like a love letter to his child regarding the importance of Black women by celebrating living and past Black females...The contribution of Black women has been central to the development and progress of the Black community as a whole. Hence, this is what the book 100 Roses (the most recent publication of Chavous) showcases. The roses are metaphors for outstanding Black females. 100 Roses presents women who broke different glass ceilings such as Harriet Tubman who put her life on the line to save more than 300 slaves...The author covered many Black women (dead and alive) like Tubman who were and are far from one-dimensional...The book is very well researched; people will learn new information regarding even famous individuals. Readers will also find a glossary included at the end of the book comprised of other useful information."